905 : The parliement (Storing) declarated there independence

20 krone. Osegerg's Drakkar was found in 1880 he was almost intact. He was buryed with his holder, with weapons, bed, crockery, plays, annimals "to go to heaven" .
The boat is year 850, he is in oak and measurement 23 meters length and 5 broad. A knorr was trading vessel.

Norway is  a scandinavian coutry 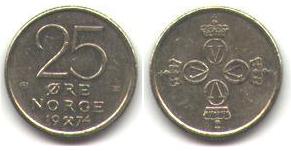 Vikings belive in Odin (God des God), Thor (Father of of all gods and god of war and dthunder),  Freyja is his wife...The world of the gods was a place of permanent confrontations. Some their beliefs close to Christianity made so that the transition was easy.

5 kronner. The Vikings (-750 to 1200) were terrible warriors (the worst being able arrived to a Viking was a ashamed dead) and wonderful explorers.

They would have discovered Americas into 986 (Terre neuve in Canada), but also Greenland, Iceland, the Faroe Islands. The rus were Vikings who was Swedish colonists. Their descendants gave rise to the Russian state. Origin : "Atlas histoirique du monde viking" de Angus Konstam.

Back to page Europe - Main page