On the flag of Saudi Arabia, we can read this Arabic inscription: "It there only one God: Allah, Mouhammad is the prophet of God."

5 Halala. The 2 swords and the palm tree are the symbols of Saudi Arabia 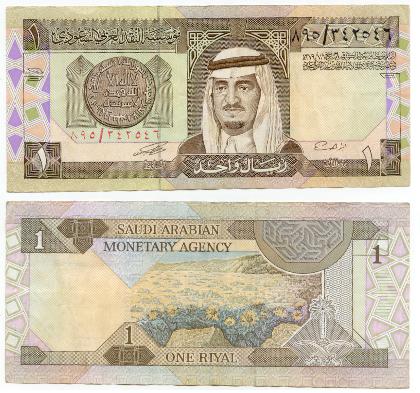 Fahd Bin Abdulaziz Al Saoud was the king of Saudi Arabia (death in 2005). The crown prince Abdallah Bin Abdulaziz Al Saoud took his succession.
The governement is a absolute Islamic monarchy. There is no political party... To practise another religion that the islman ( or apostasy) is prohibit in the country (death penalty is possible). 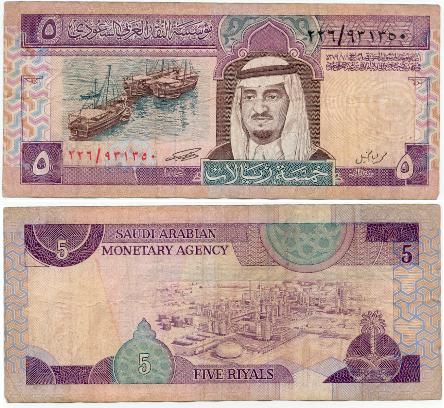 There is the symbol (palm tree and sabres) on the banknote, with like an oil refinery.

Saudi Arabia is included in the 80 countries which prohibiting homosexuality. And certain countries, like it, penalize it of Capital punishment ! 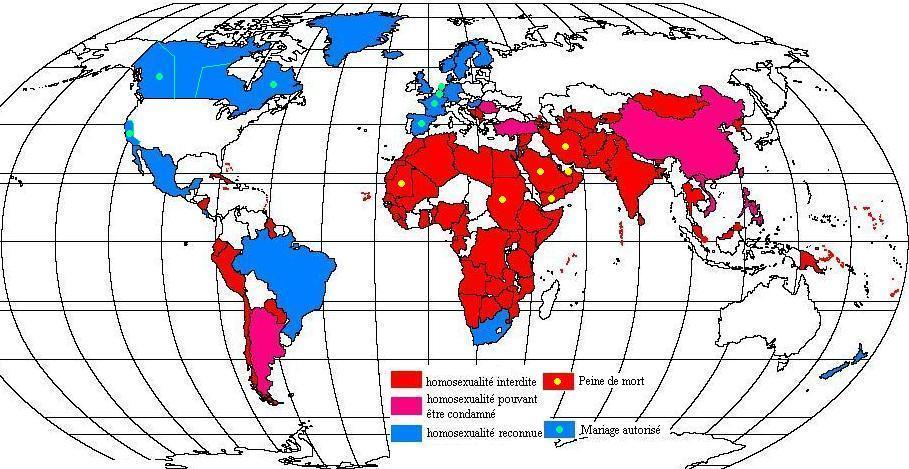 In France, we estimate at 10% of the population