the flag is named : Hinomaru (solar disc in japan).

Imperial palate: Kokyo. It is opened  only two days per year: January 2 and on December 23 (birthday of the emperor).
The remainder of the year, the visitors have access only to the gardens which offer a sight on the palate.

National flower of Japan: The chrysanthemum. The kikumon is the stylized symbol of the chrysanthemum (with sixteen petals)
and it is the emblem of the Emperor of Japan since 1200  (the emperor Ten' No Gotoba).

Back to the principal Index 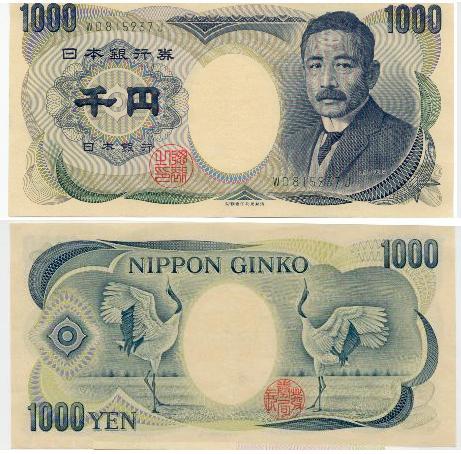 Japan still has many territorial conflicts with its neighbors. The islands are very important for fishing because the EEZ (Exclusive Economic Zones) guarantee by international treaties sovereignty on water around a territory with 200 miles nautical. And this, also small are these islands! 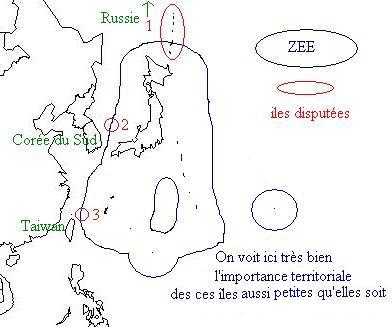 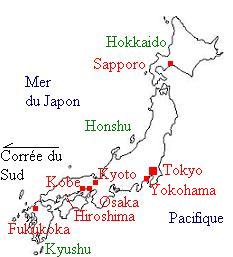